Decentralized finance – often called “DeFi” – is a hot topic in the cryptocurrency world, with billions of dollars’ worth of value locked into various protocols and platforms.

At its core, the decentralized finance movement aims to upend the decades-old financial system by democratizing control of banking, lending, and trading – placing it in the hands of the users rather than central authorities.

In many ways, DeFi is a direct response to the centralized, top-down models that have long defined the world of finance.

The technology supporting this industry is still in its early developmental stages, accompanied by teething problems. Nevertheless, the potential is game-changing.

From lending and borrowing platforms to stablecoins and tokenised BTC, the DeFi ecosystem has launched an expansive network of integrated protocols and financial instruments.

By deploying Ethereum’s decentralized infrastructure, DeFi developers are creating an alternate financial system and this allow users to get capital without going through a traditional bank by providing crypto-collateralized loans.

That means users can borrow and lend directly to each other, trade cryptocurrency and other assets without going through a centralized exchange, and even earn interest on their digital assets.

This shift from centralized to decentralized finance offers several advantages, including improved security, transparency, and inclusion.

The result is a more open, accessible, and resilient financial system that works for everyone, not just the privileged few.

The financial services industry is one of the most centralized industries in the world. A small number of large institutions control almost all of the banking, lending, and trading. This gives these institutions a lot of power over the consumers who need to use their services.

The Global Financial Crisis was a prime example of how this centralized system can fail. When the institutions that control the system make bad decisions, it can have a ripple effect that hurts consumers and the economy.

In addition, these systems are often opaque, making it difficult for consumers to understand how they work or to hold the institutions accountable for their actions.

In traditional finance (TradFi), intermediaries such as banks, brokers, and exchanges centralize financial services and charge exorbitant fees for their role in facilitating transactions.

The ubiquity of centralized financial systems has created several problems for consumers, including high fees, low-interest rates on savings, and a lack of transparency.

How is Decentralized Finance changing the banking game?

By leveraging the power of Ethereum’s decentralized infrastructure, DeFi protocols can bypass traditional financial intermediaries and connect users directly to the markets and services they need.

In the process, DeFi is birthing a new paradigm for banking, lending, and trading that could upend the centralized status quo.

DeFi applications are built on decentralized protocols and are available to anyone with an Internet connection. This contrasts with traditional financial applications, often available only to users in developed countries.

While DeFi is still in its early stages, it has the potential to upend the traditional banking system. DeFi could make financial transactions cheaper, faster, and more secure by eliminating central intermediaries.

In addition, DeFi could give rise to new types of financial instruments and services that aren’t possible with traditional banking.

Despite the great strides Southeast Asia has made in financial inclusivity in recent years, half the population in the region remains unbanked with no access to financial products. 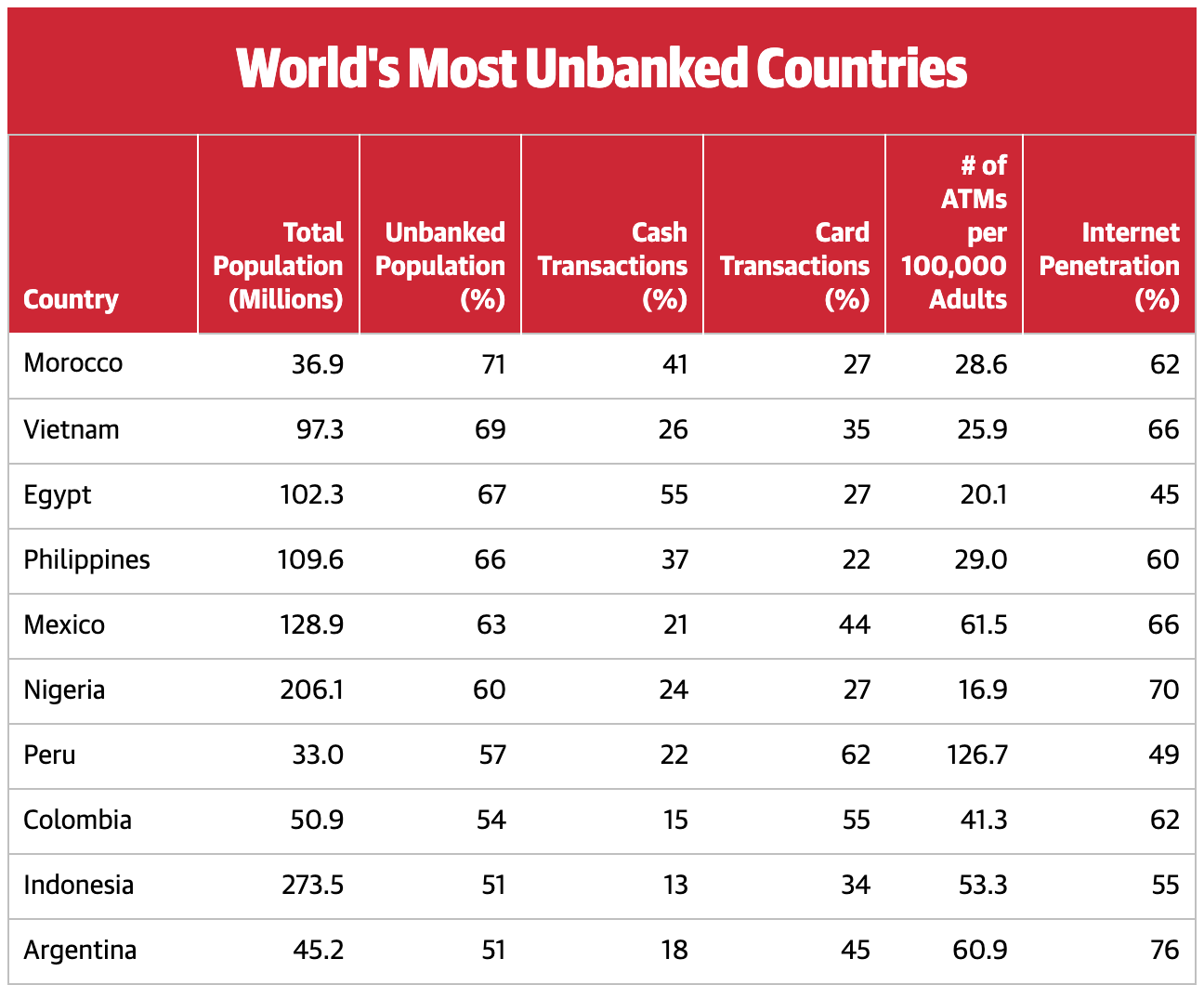 A study conducted by the Centre for Strategic and International Studies found that 73 percent of the population in Southeast Asia does not have a formal bank account. This is due to several factors, such as the lack of infrastructure, low-income levels, and limited financial literacy.

In turn, the lack of access to formal banking allows alternative crypto-related finance to grow.

White Star Capital said crypto adoption rates in Southeast Asia in 2021 averaged 3.5 percent. Still, Singapore stood out, with nearly 10 percent of its population owning crypto, ahead of the U.S. at 8.3 percent.

With a young, tech-savvy population and a growing risk appetite, Southeast Asia is primed for DeFi growth. The region’s largest economies, Indonesia and Vietnam, are both seeing rapid economic growth and a rise in middle-class wealth.

This is fuelling demand for alternative investments, like crypto, that offers high returns and is not correlated to traditional markets.

Vietnam and Thailand staked their claim in the world of decentralized finance as the second and third most active countries in terms of interaction with DeFi platforms, according to Statista.

The Philippines, Indonesia, and Singapore also saw significant growth in value locked in Ethereum smart contracts in the past year.

Toko Token is solving the problem of financial inclusion by providing access to crypto assets and services that are otherwise unavailable to the unbanked population.

By doing so, Toko Token is empowering Indonesians and opening up a world of new economic opportunities.

Thailand-based Ape Board is a cross-chain decentralized finance dashboard where users can monitor their DeFi activities and portfolio. The platform connects to major blockchains such as Ethereum, Binance Smart Chain, Polkadot, and Solana and supports over 1,000 DeFi protocols.

Ape Board users can track their crypto assets, loans, interest rates, earnings, and transaction histories in one place. The dashboard also features a newsfeed with the latest DeFi news and insights and a directory of DeFi protocols and projects.

Future of DeFi in Southeast Asia

The population in Southeast Asia is expected to reach over 721 million by 2030. This boom, combined with the region’s young and growing middle class, has made Southeast Asia an attractive market for online services.

And as more people in the region turn to the internet for their needs, new DeFi startups will emerge to meet the demand for innovative digital solutions.

The growing DeFi ecosystem presents a number of opportunities for investors and users in Southeast Asia. With the region’s high mobile penetration rates and large unbanked population, DeFi can provide much-needed financial services to those who are underserved by the traditional banking system.