Uniswap [UNI] made a critical achievement this week while going through a series of events. On the macro scale, the last seven days have pushed Uniswap closer to recovering three months’ losses.

Uniswap on a roll

At the time of writing, UNI was seen trading at $7.43, after increasing by 34.47% in the last seven days. This rally contributed to the altcoin’s efforts to reclaim the 23.6% Fibonacci level (red), which it achieved three days ago.

This level is important for Uniswap as it sets the token up for a further rise. Additionally, this will help the DEX token recover losses it witnessed throughout May and June.

However, UNI, at one point, almost became the victim of FUD. Some Uniswap LP wallet users fell to a phishing scam that appeared as an exploit due to widespread panic around the same.

However, the scam was quickly investigated. And, users were alerted that the network remained uncompromised.

Not a good month for UNI?

Uniswap hasn’t been witnessing the best month so far. As of this writing, only $22 billion worth of transactions have been recorded.

Notably, Uniswap further went ahead and deployed the V3 on the Celo blockchain for expanding the DEX network’s accessibility to more than six billion mobile phone users. 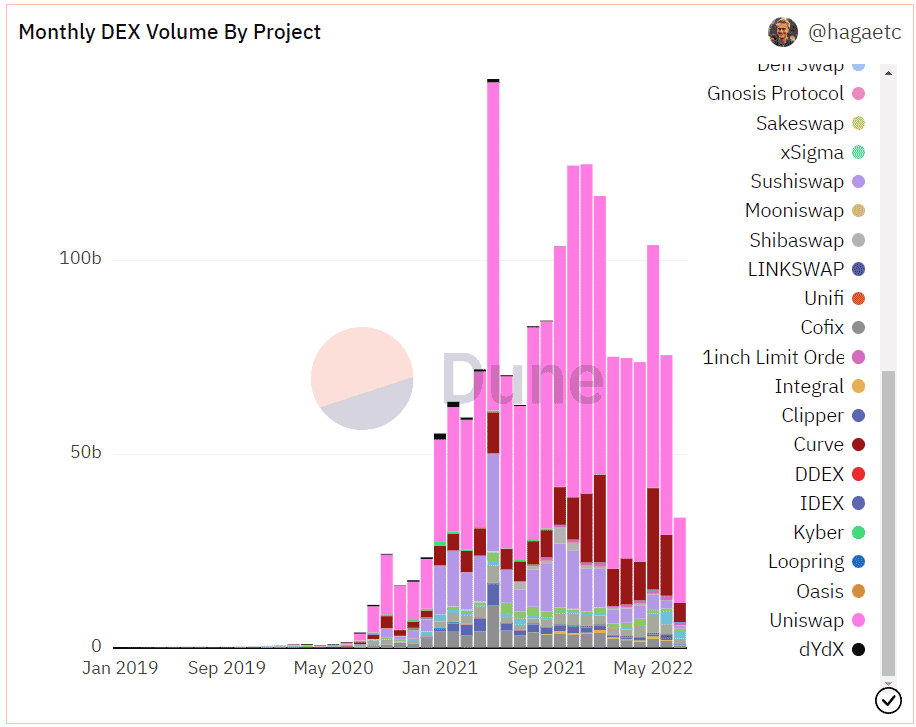 Investors haven’t been witnessing lucrative trades. On 19 July, the highest network-wide losses amounting to $156.92 million were noted in a single day.

These transactions conducted in losses were also from a bunch of long-term holders as their movement resulted in the consumption of 4.28 billion days in a single day.

Such developments might be a hindrance to UNI’s growth. However, considering the broader market, the altcoin will continue rising for a while.