Find out the commands to install the Deluge BitTorrent client app on Ubuntu 22.04 LTS Jammy JellyFish using the terminal.

BitTorrent is a file-sharing protocol that allows the exchange of files of any kind. In principle, Bittorrent corresponds to other formerly well-known file-sharing platforms such as eMule or Limewire. Because all these offers are based on a peer-to-peer principle (P2P), in which data is not downloaded from a central server, but directly from the computers of other users.

Although it is working on a simple principle, BitTorrent is quite popular among the other competing services. The reasons behind it are BitTorrent is not based on a 1-to-1 relationship between a file provider and a file downloader. Rather, fragments of the corresponding file are downloaded in parallel from numerous sources.

Well, even though the client application of BitTorrent is popular, unfortunately, it is not available for Linux users. Hence, we have to get the facility of BitTorrent, we can use the popular open-source client based on it. For example- Deluge.

Deluge BitTorrent is a corresponding file-sharing torrent that uses the BitTorrent file-sharing protocol and downloads and makes files available over a peer-to-peer network. The files are not stored on a central server from which all users download the files, but the files are located with the individual users, who share them for exchange.

Deluge BitTorrent can be used as standalone application software with a graphical user interface or via the command line. Alternatively, a variant for the server is available, which can be accessed with the browser. The open-source software was written in the Python programming language and can be used on Microsoft Windows, macOS, FreeBSD, and Linux distributions such as Ubuntu, Debian, and openSUSE if Python is installed.

There are multiple ways to install Deluge BitTorrent on Ubuntu 22.04 LTS Jammy Linux, and the steps given here can also be used for other similar Linux based on Ubuntu such as POP OS, Linux Mint, Elementary OS and more…

As our first way to get the Deluge is using the APT package manager, hence it is good practice to run the system update first, this will refresh the repo cache.

The packages to setup Deluge on Ubuntu 22.04 Linux are available to get using the default system repository. Hence simply run:

Well, the above command can install this BitTorrent client, however the version will not the be the latest one. Those who are interested in getting the latest version of Deluge they can go for the PPA repository available for it. Here are the commands to add that.

After adding the PPA repo, refresh your system by running the system update command:

Now, again use the APT package manager to install the Deluge. However, the version this time will be the latest one.

Those who are not interested in using the APT package manager can go for the universal package manager – Snap. In all the latest versions of Ubuntu, SNAP is enabled by default, we just need to use it, here is the command for installing the deluge client.

There are many Linux users those are not comfortable with command line, they can use the in-built GUI Software manager of Ubuntu. To use it, click on the ‘Ubuntu Software’ icon given on the dock. 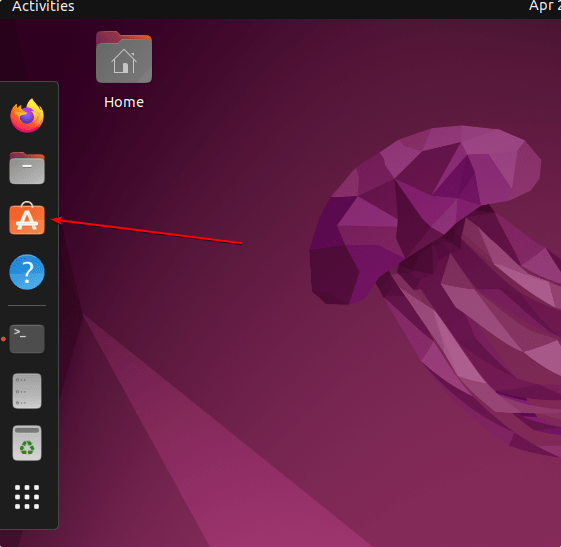 Click on the Search icon and type – Deluge. Then select any of the given one to install this BitTorrent app. The first one is from the APT repository whereas the second is via SNAP. 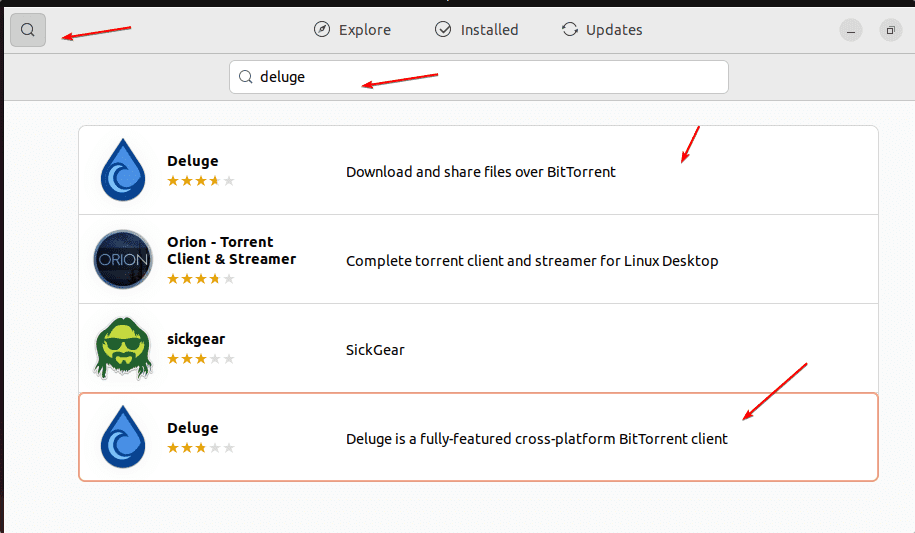 Another way is using the Flatpak package manager; it is also like SNAP and can be used on most of the popular Linux systems to install various software packages. However, unlike SNAP, Flatpak is not available on Ubuntu by default. Hence, we have to install it manually.

Need to restart the system to integrate Flatpak properly.

6. Use Flatpak to get Deluge

Once you have the Flatpak, use the given command to get the Deluge BitTorrent.

To launch this BitTorrent client application, go to the Application launcher and there search for it. As its icon appears, click to run the same. 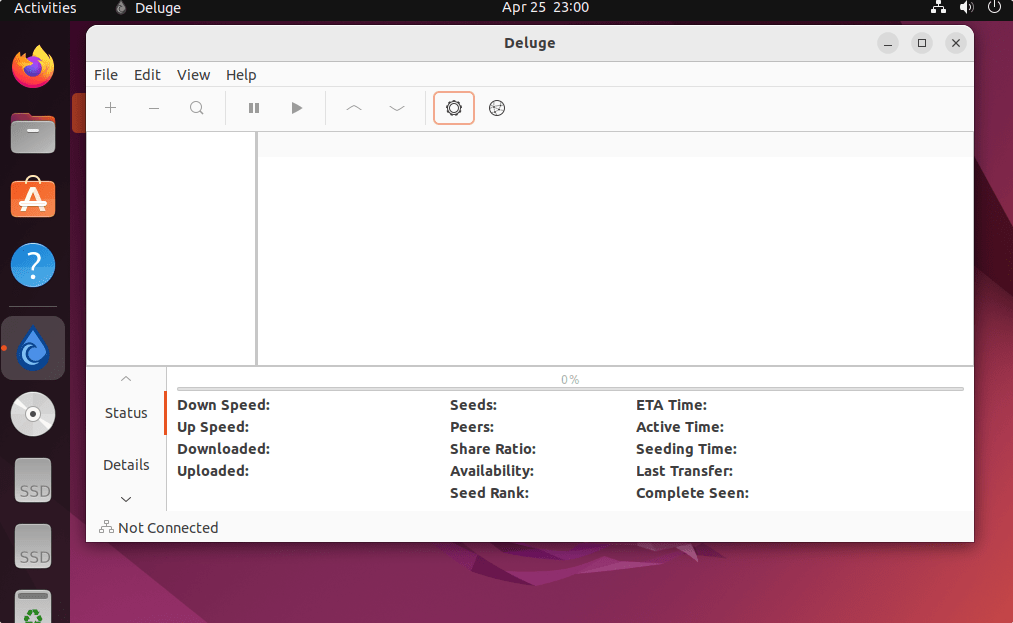 8. How to update this BitTorrent Client

Well, here we have used the different methods to install this BitTorrent client on our Ubuntu 22.04. Hence, accroding the one you have used, go for the given command as well.

Same as updating the app, when it comes to removing Deluge from your Ubuntu 22.o4 LTS Linux system, go for the method you have used to install the app.

If you have used the PPA repo, then to remove it: